Everyone in town agrees that the stunning Mortensen Hall at Bushnell Theatre is your destination when you want to watch magical theatrical productions and performances. After being discovered with Jasmine, Aladdin is sentenced to death, but Jafar saves him by ordering him to fetch a lamp from the Cave of Wonders. Where there’s a lamp, there’s a Genie, and once Aladdin unwittingly lets this one out, anything can happen! Will Aladdin’s new identity as “Prince Ali” help him win Jasmine’s heart and thwart Jafar’s evil plans? Will the Genie’s wish for freedom ever come true? You’ll also be able to savour the rich atmosphere and comfortable seating that’s only available at the Mortensen Hall at Bushnell Theatre. So if you’re looking for the very best in theatrical entertainment, you can’t afford to miss out. Click the Buy Tickets button below to book your ticket today. 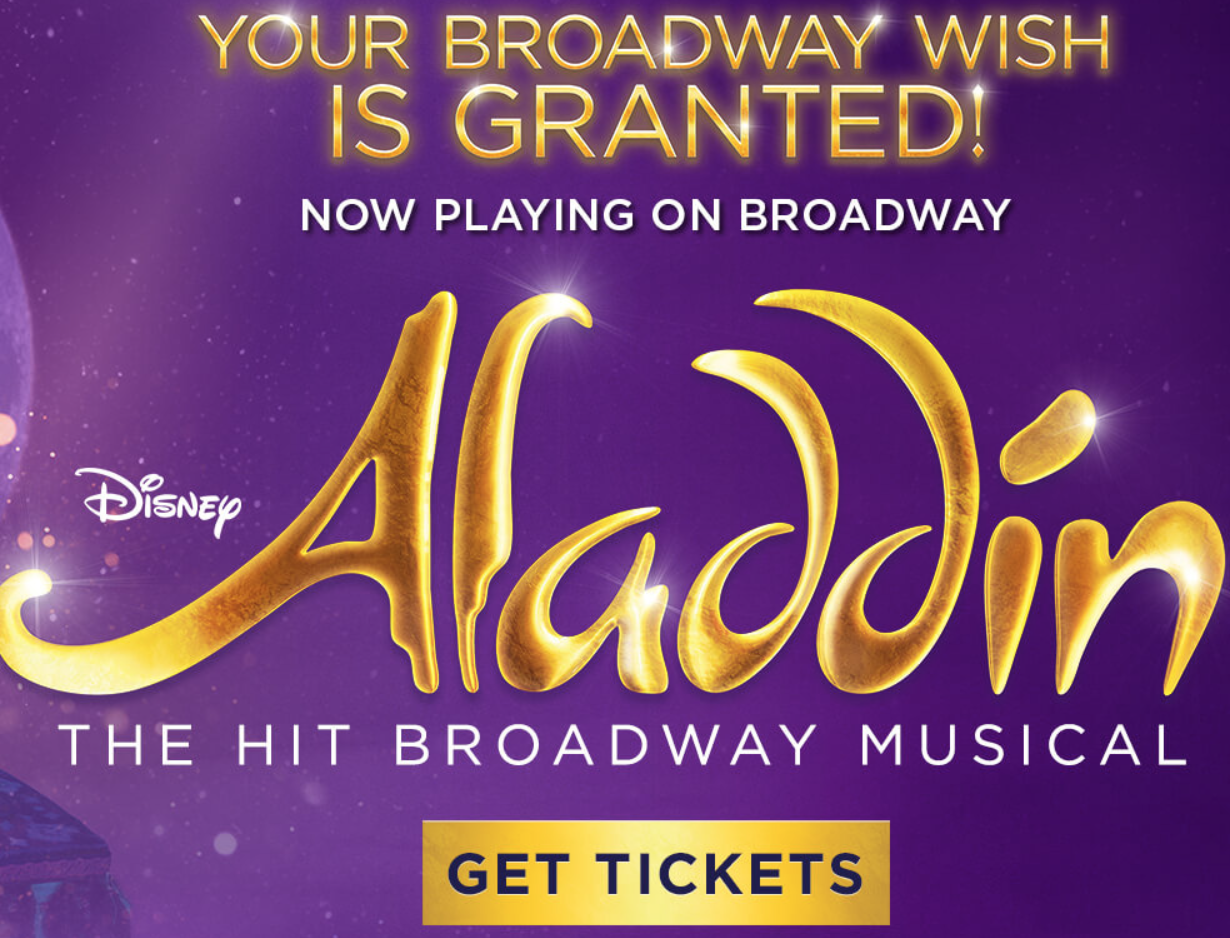 It’s the most magnificent event of the year! Right here at Mortensen Hall at Bushnell Theatre in Hartford on Friday 11th November 2022. It’s Disney’s Aladdin! The impressive story of a large blue man… locked in a little lamp. The Genie awakes from his thousand year slumber inside the Cave of Wonders, woken by the worthless cut-throat brigand Aladdin, unfortunately whoever has the lamp controls the Genie and no matter what the poor Genie thinks he must give the holder of the lamp three wishes. Well first the criminal Aladdin wishes himself out of the cave, then after comprehending his recklessness immediately wishes to be the magnificent Prince Ali, how heedless is this boy, really, a Prince? He could have been Ruler of the World! Then the lying common thief teases the Genie with lies about freeing him, imagine, a free Genie! But no, Aladdin is just a liar and a thief and gives the lamp to his friend the Vizier Jafar, who then goes on this mad rampage with the Genies magic, taking over the city of Agrabah. Until finally, the Genie has had enough, it had been so calm for over ten thousand years. Now in three brief days these maniacs have re-shaped Arabia, he must come up with a plan to put a stop to this stupid use of magic!